Recently, we reported on the marvellous Casement Cup win for Our Lady and St.Patrick’s College Knock’s hurling team, under the management of Ballycran’s Catherine McGourty, OLSPCK’s Frank Wilson and with five Ballycran juvenile players on the panel.

Out at the Park, we managed to delve a little bit into the game from their perspective. 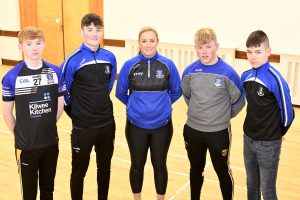 Fergal, can you describe your feelings and thoughts when you knew the team had qualified for the final of the Casement Cup?  “I’d safely say we were excited.  It’s a big tournament for any of us, ranking right up there with our own individual experiences, like for me, the U16 Championship final this year.  Same degree of feelings and experience. We knew they had a lot of match experience, having a big football element put us on our guard as we knew it could work against us.” 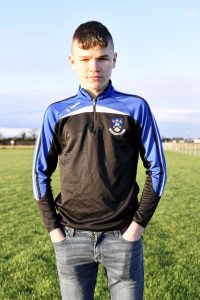 Ethan, where would this magnificent cup and win rank with you at this point in your hurling journey?  “Gosh, for me, definitely the highest so far.  Yeah, I suppose we’ve managed a few league wins with the Club in the past, but those kind of easily get forgotten about.   As a team, we talked a bit on the value of winning and what we needed to do to avoid losing.  When you think you can avoid losing, then that has to reflect a bit on your own self belief and maybe confidence.  We were fortunate to be able to use the 3G pitch at school and spent a good bit of time on ball work, catching, passing, the basics.” 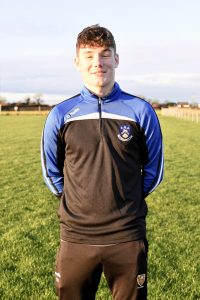 Rory, turning to the game, what were your thoughts when you walked out onto the pitch in a howling gale with almost horizontal rain? “Honestly, I don’t think we were phased by that and we didn’t talk about it during half time.  It was the same for everyone.  In the first half, the rain was in your face and made tracking the ball harder.  The grips were wet most of the time, but I suspect the actual game play kept us focused.  Despite having the wind on our backs in the second half, you just didn’t take any chances and made sure the high ball fell safely before committing to it.” 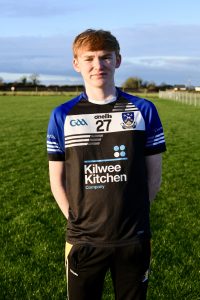 Darragh, you all walked in at half time, one point down.  Did it take much to inspire you all to come out from the warm changing room? “We were feeling confident within ourselves, knowing that we now had the wind on our backs.  The back line, where I was, was strong even in the first half and we knew we might not have a lot to do in the second as it was going to be harder for them to get the ball up to us.  But having said all that, there was no room for complacency, it was a hard battle all the way to the final whistle.”  Darragh you are known as a great ball catcher, what were your concerns on the night? “My hands were getting cold and catching the Sliotar was not a given, so I adapted my technique, bringing the Sliotar onto my chest. 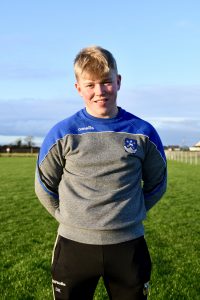 James, you weren’t able to be with us at the Park due to family commitments, but now we have the chance to chat a bit about the Casement Cup game at the Dub.  Normally we are used to seeing you on the back line around the Park, in fact just a few years ago I overheard Hugh Gilmore say you might be one of the best U14 full backs he’s come across.  Forward line?  How come?  “You know what, I’ve always played in a forward role for the school and actually I’ve crept into that position for the Club now.  I feel comfortable up there, with three goals in the semi, I’m enjoying that position to be honest.  Okay, so now in the forward line, what was it like trying to score on the night? You know what, it was real hard to get the ball up.  I don’t think anyone could score from 45 yards.  Into the wind, the ball was clearly affected and the bás of the stick felt bigger in the wind.  Roll lifting was pretty much ruled out, but having said that, I rolled lifted for a point in play.  Might have been the only time though.  Jab lifting was the way to go, but it had to be clean. 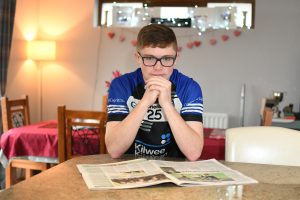 Catherine, where does this team go from here now? “Happy to say an All Ireland semi final College affair, late February next year.  We don’t have any details just yet, exact date, format, transport etc but we’ll get to that straight after Christmas.  This journey will be about the experience, giving the squad an opportunity to add more hurling to their young careers.  Success would come as an added bonus.  Where does this one rank in your coaching career so far? “Well, this one is special for a reason.  I hold the other two up there, the Ulster Junior Camogie Father Davies Cup and the Kirk Cup from two years ago.  There’s the clue.  This team has come through from the Kirk cup.  A real solid bunch of great players, keen, focussed and enjoy their hurling.  Can you share with us what you might have said to the lads during half time? “It was fairly low key to be honest as we all knew their performance during the first half was really good, given the fact they were playing into the wind.  I told them to keep up their great attitude, stay positive and the scores will now start to come with the opportunities.  Once I knew we were strong, we started to factor in some substitutions to give the lads some experience along the back line.  Thoughts for February? ‘Looking forward to it.  We will stay with our training drills but I can share with you that we have a few coaching ‘treats’ planned before February.  No doubt we will have a few friendly games too. 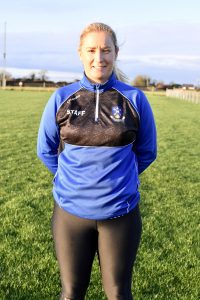 Thanks to everyone for turning out over the Christmas period to share with us your insights into the Casement Cup game.  Good luck to Catherine, Frank and the entire squad for your All Ireland journey in 2020.