Ballycran’s edge not sharp enough against a determined Rossa squad

By michaelcorcoran Wed 11th May 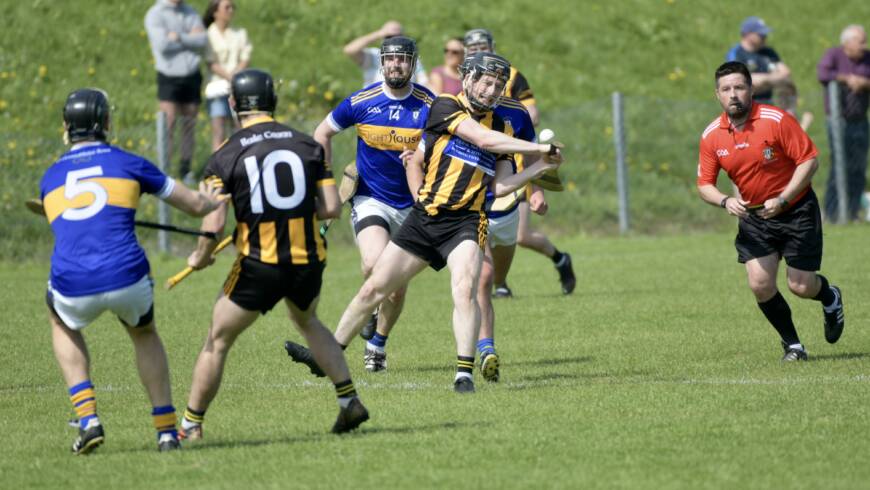 Rossa Park sits high above the City of Belfast tightly alongside two other Clubs, where a three leaf clover could claim to have a leaf in each of Rossa’s, Sarsfield’s and St. Paul’s pitches. On a bright, warm May day, O’Donovan Rossa were the hosts for another Antrim league encounter with Ballycran.

St. Enda’s Kevin Parkes, officiated the game and once he was comfortable with players in their positions, rolled in the sliotar to commence the game. Ballycran benefited with the breeze blowing mostly behind their backs, establishing a welcome presence to keep the temperature to a moderate 17 degrees. Summer had arrived, if only for a blink. 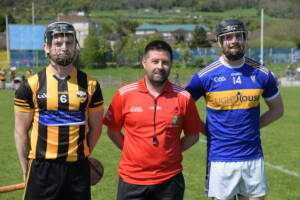 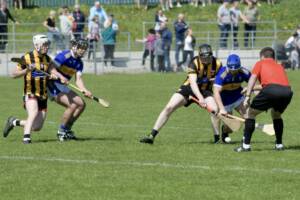 Ballycran were first to open a tab in Parkes’ book with a fine point from Phelim Savage. Points followed in succession from Chris Egan, Liam Savage, Conor Gilmore and Cormac McAlister as Rossa’s Seaghán Shannon played a central role making sure the visitor’s didn’t have it all their way. The half time score of Rossa 0-09 Ballycran 0-12 didn’t suggest how gritty the encounter had been up to now and although both sides traded wides, it would be Ballycran that would look back with some regret at the many lost opportunities, but for this first half, Ballycran walked in with the edge on Rossa. 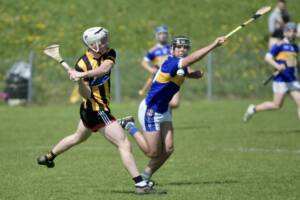 The second half presented a swirling wind for Rossa, who switched their puck out tactics back and forth from long to short, but eventually the pressure to push up yielded dividends in the form of two goals, one leaving the Ballycran defence pleading for a square ball, whilst the second dropped down the line of the sun into a waiting net. 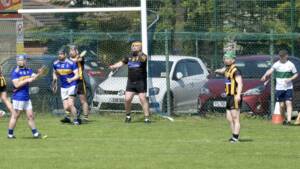 Pleas for a square ball go unnoticed (ODR v BC – 4) 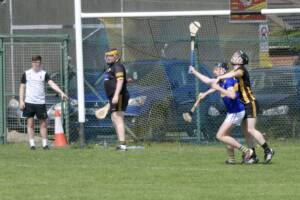 Despite the goals set back, Scott Nicholson persevered with a hat trick of points from play and frees as Egan, McAlister and Liam Savage pointed to try and halt the growing score from Rossa that was incrementing due to input from Aidan Orchin, Stephen Shannon, Ruiairi Murray, Aodhan O’Brien, Seaghán Shannon and Dominic McEnhill. The looming final score of Rossa 2-19 (25) Ballycran 0-22 (22) demanded a goal from the visitors but a classy pass from Nicholson, finding the hand of Ayrton Gleeson, ran wide of the goal mouth from a short strike to deny Ballycran the opportunity to upset Rossa’s plans for a home win.

All in all a tight game to watch on a lovely sunny Sunday afternoon that will no doubt provoke questions in the minds of the supporters on the increased edge that might have been from the likes of an absent Conor Woods.

Here’s some pictures from Sunday’s game. 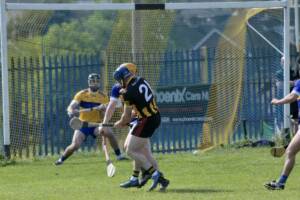 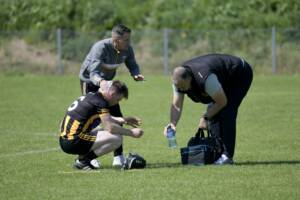 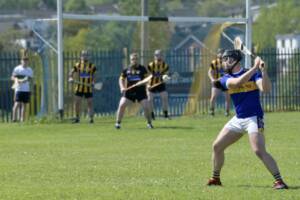 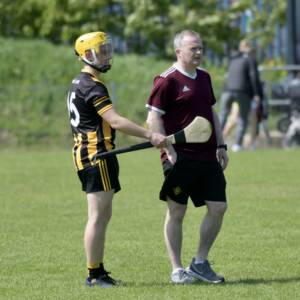 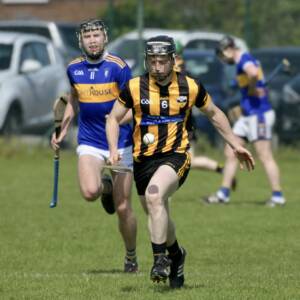 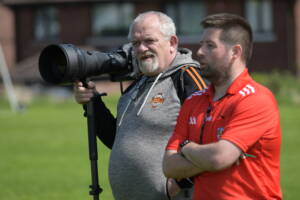 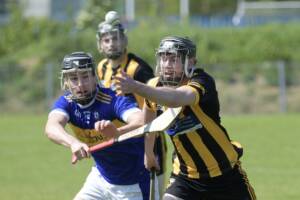 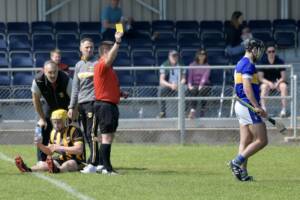 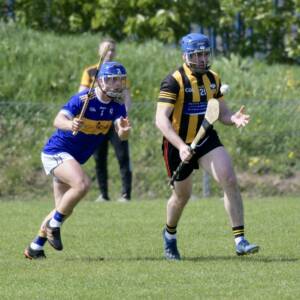 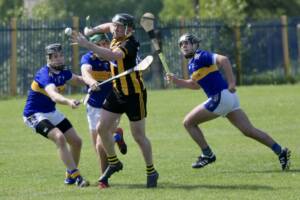 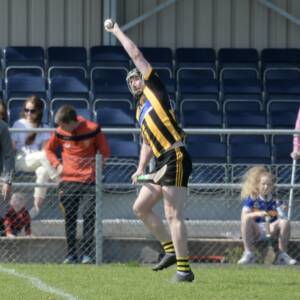 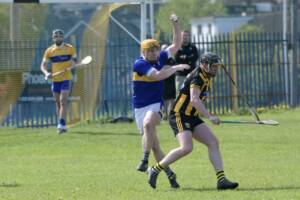 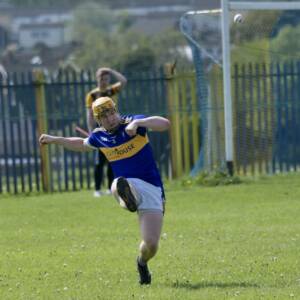 Unorthodox but effective, Rossa’s Christopher McGuinness clears the danger after losing his stick  (ODR v BC – 18) 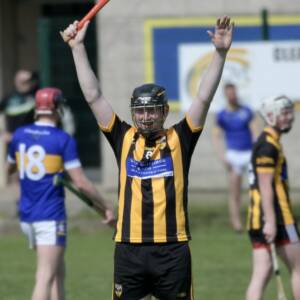