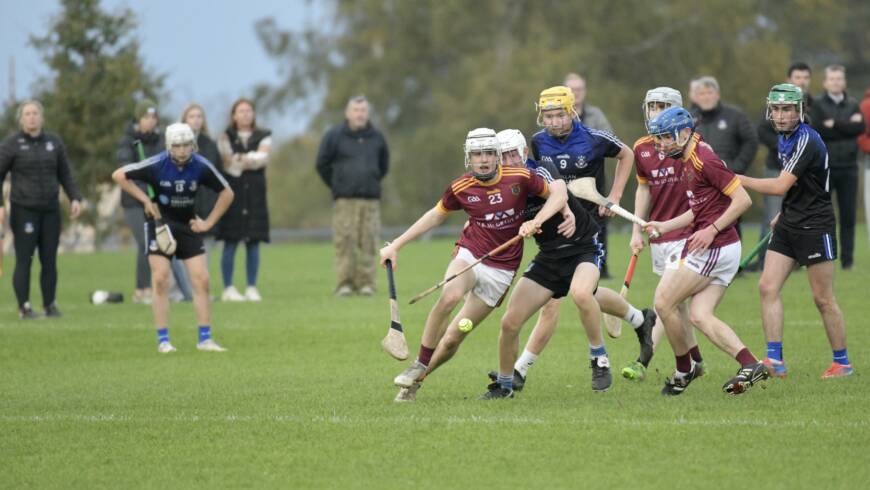 With the U16 Assumption Grammar girls through to the final of the Ulster Schools Cup, a different Schools Cup activity took place yesterday between St. Patrick’s Grammar School, Downpatrick (Red High) and Our Lady and St. Patrick’s College, Knock (Knock) up at the Dub, with one of them hoping to progress another step in the Ulster Schools GAA Mageean Cup. Club players Sean McCarthy (Red High) matched up against Jamie Young, Manus Gilmore, Conor Corcoran and Eoin Kelly on a fine mild autumnal afternoon.

Referee, Brendan Toland, kept the match proceedings on time due to a follow on match and play got underway sharply at the stroke of 4:15 pm. Red High took the game to Knock within the first two minutes but misfired three of their opening shots wide of the uprights. It was Knock that would post the first score of the day with a point from Eoin Kelly (9) rapidly followed by another from Shea Pucci (14) but after a settling point from Red High’s Luke McCabe (11), Sean McCarthy (14) sent an early shock wave through the Knock camp with a classic McCarthy goal, bobbing his way effortlessly past a defence caught on the wrong foot.

Red High’s Leigh Morgan (8) and Enan Fitzsimons (10) would build on that goal with two more points before Knock’s Pucci fired his first goal of three diagonally low into the left corner of the net, from close to 15 metres out. That would register on the scoreboard as Red High 1-03 Knock 1-03.

Red High’s McCarthy, having tested the Knock defence earlier, was keen for another goal but an incredibly brave block from Manus Gilmore brought an end to that attempt. As both sides traded points, it would be Pucci’s second goal that would close the gap for Knock then a sideline run totalling almost half of the pitch from Knock’s Liam Blaney (19), ending in a sumptuous point would give Knock their decisive lead in the first half. Referee, Toland, would blow the whistle for an evenly balanced game with Red High 1-08 (11) Knock 2-06 (12).

Spurned on by a half time team talk, Red High’s Noah Rogers (13) found the net past Knock’s keeper, Sean McCollum (1) but the celebrations were short lived as Pucci drilled in a third goal for his hat trick. Rogers would show some flare once again with an amazing catch on the run that was superbly saved to a wide by Knock’s McCollum. McCollum would further dash Red High’s hopes with a penalty save from Red High’s own keeper, Cian Clarke (1). Although well taken and vectoring low and left, McCollum worked out the line and got his full bás behind the sliotar. That would prove a pivotal moment for Knock as they went on to score nine more points in the later stages of the game against Red High’s three to finish the game with Red High 2-12 (18) Knock 3-14 (23). Hard luck to Red High, congrats to Knock who now have the challenge of another Mageean game ahead of them. 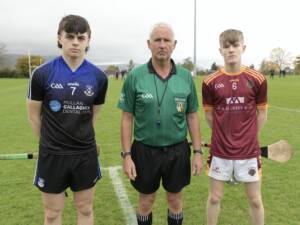 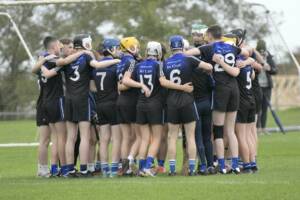 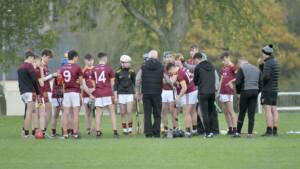 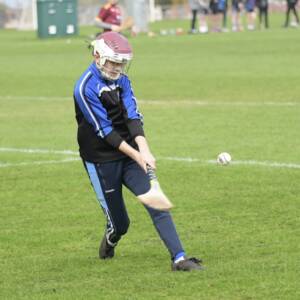 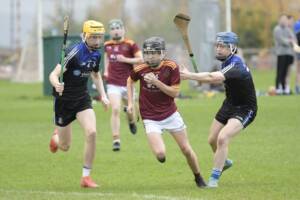 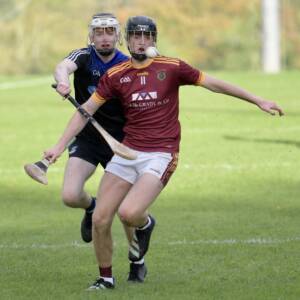 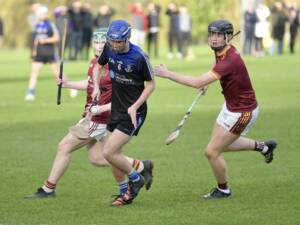 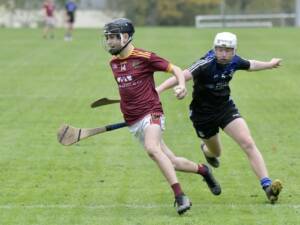 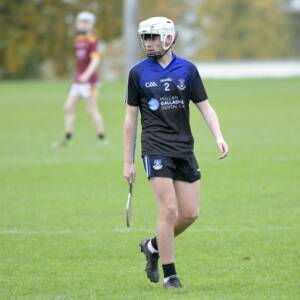 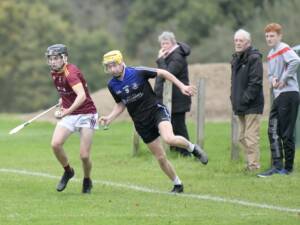 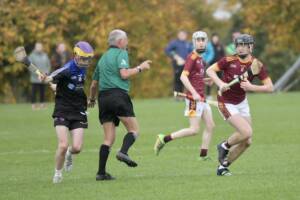 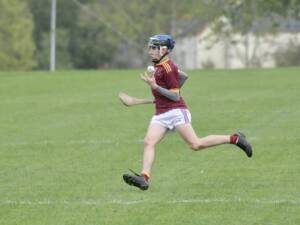 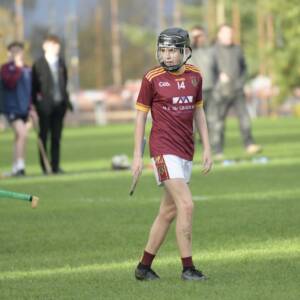 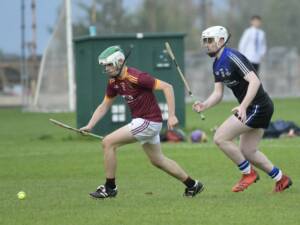 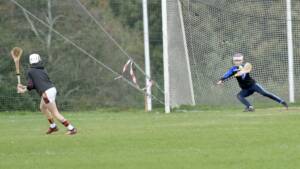 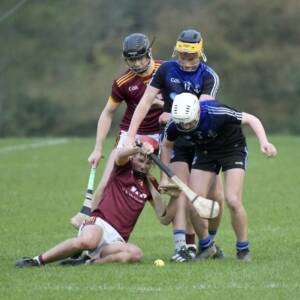 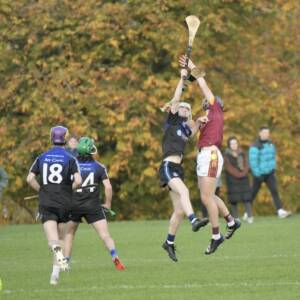 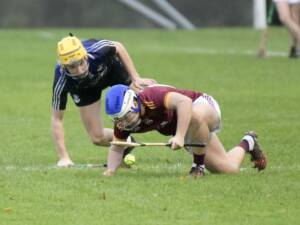 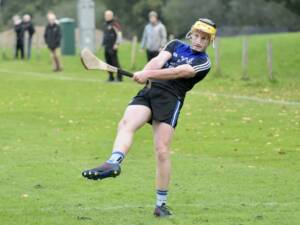 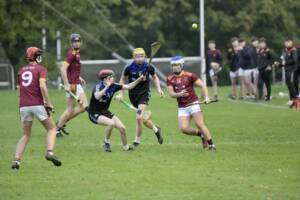 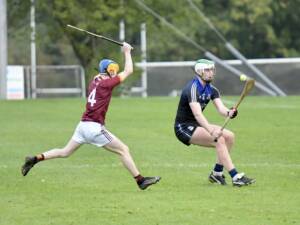 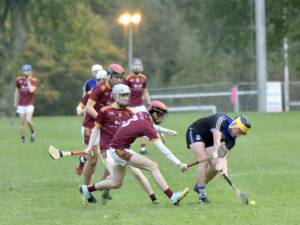