Home / Travelling to the ancient district of Sliabh gCua in Waterford, we caught up with Brendan McGourty for his reflections on life away from Ballycran

Travelling to the ancient district of Sliabh gCua in Waterford, we caught up with Brendan McGourty for his reflections on life away from Ballycran

Nestled between the Comeraghs and the Knockmealdown mountains lies the village of Tournaneena, west of Waterford.  Secluded, agricultural, self reliant.  Here, you won’t find a better icon for a classic GAA community.

Almost 400 miles south of Ballycran, a decent 5 hour non-stop car journey, we’ve managed to stop Brendan McGourty in his tracks, probably on his way out the door to another training session, to talk about his passion for Hurling and Football and his life away from Ballycran.

I grew up playing hurling in Ballycran from about the age of 5 or 6 years old. I was fortunate to be around at a time of great underage coaching, then that fed through to Ballycran starting to have a lot of underage success, which I’m sure eventually led to senior success.

My Father has been involved with the Club since he moved to the area from Belfast to teach in St Columbas, Portaferry. I guess under his influence, all my siblings have been involved at underage hurling and camogie with Ballycran at some point in time. 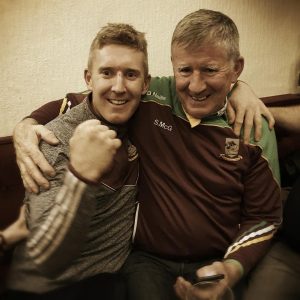 Brendan and his father Sean in a celebratory mood

Originally, my brother Paul and I went out to New York for 90 days to work with our uncle Jim (Stephen McAree’s brother). I was a bit restless after just a week back home, so I decided to go back out for another 90 days, which eventually ended up with me staying another two and a half years! In the last year of my residence in New York, I met Tara, now my wife and after chatting it over for a period, we decided to relocate to Perth, Western Australia where we lived for four and a half years. 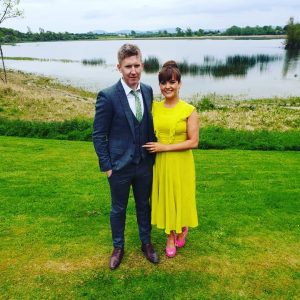 We took a notion to wrap up in Perth and head back to Ireland. Now we live just outside Dungarvan in Touraneena, West Waterford and we’ve been settled here for the last three and a half years.

In February 2008, we (myself and brother Paul) stayed with our uncle Jim who looked after us very well. He set us up with work in a large construction company. New York is an amazing city with a great transport system that facilitates easy travel and allowed Paul and me to commute from Queens to Van Cortland Park and Gaelic Park for training and matches.

You know, the GAA community abroad brings all the Irish together to train and play our games.

Western Australia was a lot different but brilliant in its own way. You needed to have a car for work etc. and to travel to training and matches. Fortunately, I was in a great GAA club in Perth called Sarsfields Hurling Club and typically we all socialised together. It was a great experience to be honest. 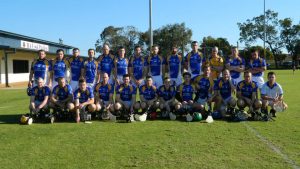 You know, I kind of feel like I’ve come full circle. Everything in my community is focused around the GAA club, which is St Marys/Sliabh gCua. It was created back in 1927 but in a more solid fashion since the early 70s. At the time of this interview, we are still in the hurling championship here so more or less it’s work, training Tuesday, Thursday and Sunday, that’s if we don’t have a match at the weekends.

Sliabh gCua/St. Mary’s (back row with the helmet) 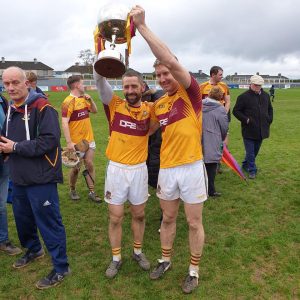 I work locally in Dungarvan, which is a 15 minute drive away and I count myself lucky as it’s great not having to travel too far. But you never know my next job may be further afield. Another added bonus of living in Dungarven is that Tara’s family all live very close. 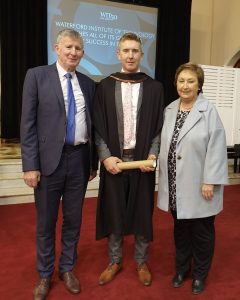 I guess when I was younger, I would go down to the senior training sessions whenever Dad was part of the management and seeing all the senior team training and when I think about it, me trying to join in! Back in the 90s Ballycran had a great team and I’m still aspiring to be like them one day.

I also recall the fun of marking lads like Paddy Hughes and Garry Savage. You’d always be struggling to get the better of them. Then there was our training sessions out in the back gym in McKenna with the Ennis’ and Denis Crawford. A final memory lingers with me; I remember the championship Sunday mornings where a bunch of us used to meet up for a puck around prior to the match later in the day.

That’s easy, obviously looking forward to seeing family and a catch up for a few pints with friends. I also look forward to trying to get to a match. I haven’t got to too many recently. The last big one was against Cushendall last year in the Ulster final. Then before that was the Slaughtneil game last year in the Ulster Championship semi final, the lads were superb that day.

As I said previously, it’s mostly work and then training when in the hurling season. I like to go out and socialise with my teammates down here. For a holiday, well at the moment I’m settling for getting up to Ballycran for a spell and then I hope to get over to see my brother Paul this month in London. 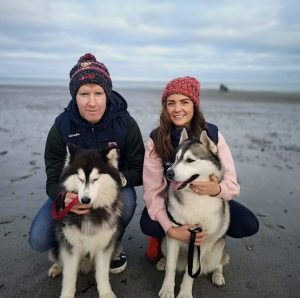 Ballywalter beach provides a break away from hurling and football for Brendan, Tara and the dogs

I wish I could say yes but unfortunately age is not on my side and living 5 hours away does not make it feasible, at least with regards to playing for the Club.

You all should be very proud of the Club that you have created. The social media aspect of things has really allowed Ballycran people from all over to follow what’s going on in and around the Club, for example, all the fundraising activities for the new training facilities.

Well done to the senior team on the recent back to back Down Championship and hard luck against Dunloy.