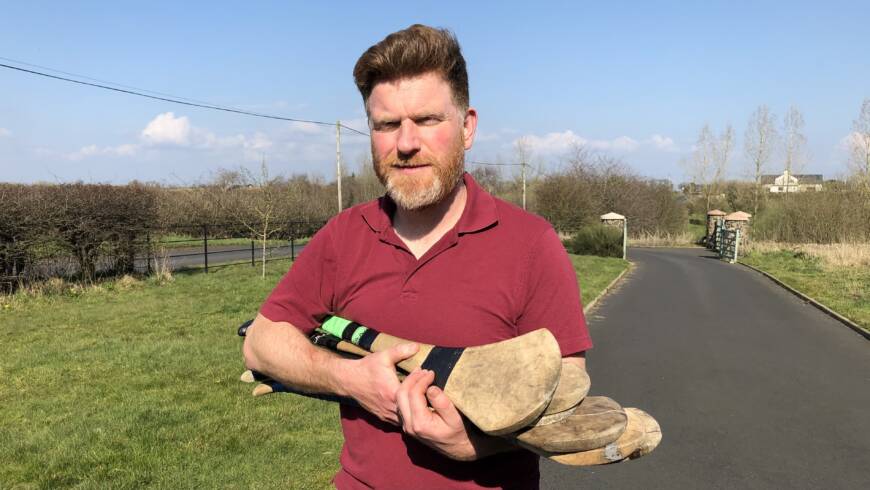 Canning Hurl’s recent announcement declaring closure of their hurling making business was disappointing news to many hurling and camogie followers. They may not have been your preferred hurl but sadly it’s another native skilled craft outlet that has shut up shop, for unfortunate reasons.

Canning Hurls have been struggling to acquire bulk quantities of quality ash in order to sustain their production line of quality hurls. The notorious ash dieback, caused by a fungal spore carried predominately (but not exclusively) in the wind, has gravely affected their business. It’s been a sober reminder of how our global village can sometimes be a good thing and sometimes a bad thing. As we’ve all seen in recent times, global travel and transportation are easy vectors for viruses and fungi to travel around from country to country.

A shortage of material sort of puts a new relevance into getting broken hurls repaired.  Recycling is a decent thing to do these days and buys some time before deciding if some of the new alternatives are going to be at least the equal of the ash.

There was a reason to be in the Saffron County today and conveniently, a curiosity to satisfy. Would Scullion Hurls take on the challenge of repairing a dusty collection of hurling amulets? You may have noticed that players get awfully attached to a good stick and despite sitting broken in the corner of the garage or shed for long periods of time, no thought would ever come to bear their permanent demise. 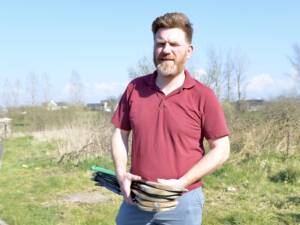 After making contact with an obliging Mick Scullion from Scullion Hurls, the journey across the Saffron County was diverted from Scullion’s workshop in Loughguile to a drop off at Mick’s country homestead. Mick casually picks up the conversation.

“I’ve been making hurls in a full-time role for upwards of 16 years. It was something I learned from my father and over the years I’ve evolved the bás to meet the demands of the game. I had noticed that the business was becoming seasonal and about 3 years ago, took the decision to scale back the operation in the workshop and concentrate on my landscaping business.”

Have you mothballed the business? “No, I work on making and repairing hurls from home these days and on a smaller scale. I take plank deliveries and work from that as opposed to using the saw mill up at the workshop.” So, you haven’t been adversely affected by the pandemic either? “No, I had made the decision to scale down well before the pandemic and the ash dieback situation hasn’t affected me much either. As I’ve said, I’m working on a smaller scale these days. It’s true it [ash dieback] is a problem but necessity is the mother of invention and something will prevail.” And Mick is correct. You might be interested to read the following article on the new Bambú sticks from Torpey here…https://torpey.ie/shop/bambu/ 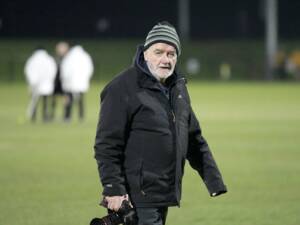 Mick chatted a bit on hurling, being familiar with Ballycran, travelled to Ards in the past to play some hurling (more on that later) and I learned that his brothers Martin and Joey played in the infamous 2012 Loughguile All Ireland squad. Martin now plays up in Glenravel, the home Club of the Saffron Gael himself, John ‘Curly’ McIlwaine.

Mick recollected his time playing in the ‘Senior Stared Games’, marking a notorious Noel Sands he says. Mick was quick to offer that he was glad it was when Sands was on the other side of his hey days and chuckled with some content as he gathered up the clattering collection of family heirlooms from the boot of the motor.

Just a stick and a ball. That’s the conversational material that lets us stitch our communities seamlessly together.  And what about the repairs? “Have them for you at the end of the week.” That’ll please the kiddos.