Tonight’s Minor floodlit match against Ahoghill (Clooney Gaels or CLG Naomh Muire, Achadh Eochaille) was certainly a game of two halves. Ballycran started with a strong breeze in their backs as the rain fell awkwardly into the eyes of the Ahoghill keeper, but despite this, Ahoghill took a significant lead of three goals to six points at half time. Manager Stephen Kelly rallied the squad at the interval with some straight talking that tipped the scales where the lads came out to put on a great display of hurling, taking full advantage of a second half lull in the wind and rain. Points continued to fly over the bar from Ethan Bell, Rory Corcoran, Francis Caldwell and Rory Brown, whilst goal scoring came from Francis Caldwell, Matthew Ennis and Oisin Braniff. A great result considering travelling up and the weather conditions. Here’s a few pics from tonight’s game. 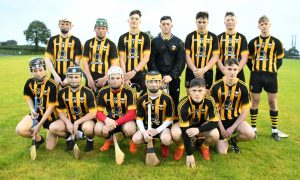 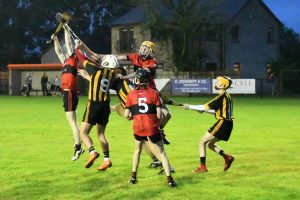 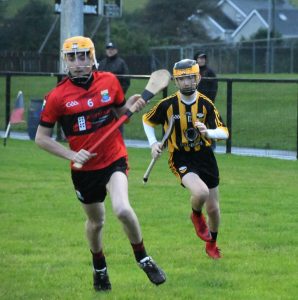 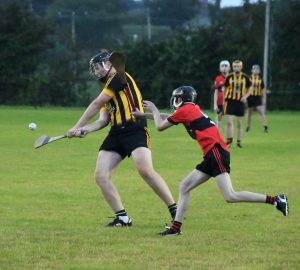 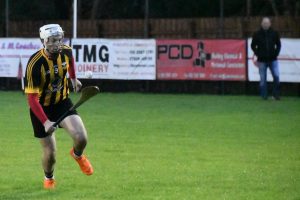 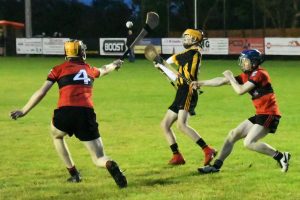 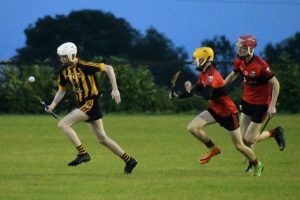 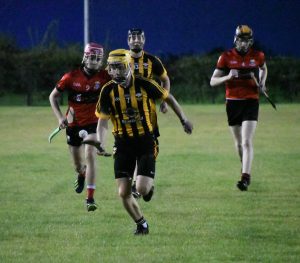