Home / Cran disappointment as the AGS journey comes to a stop

Cran disappointment as the AGS journey comes to a stop 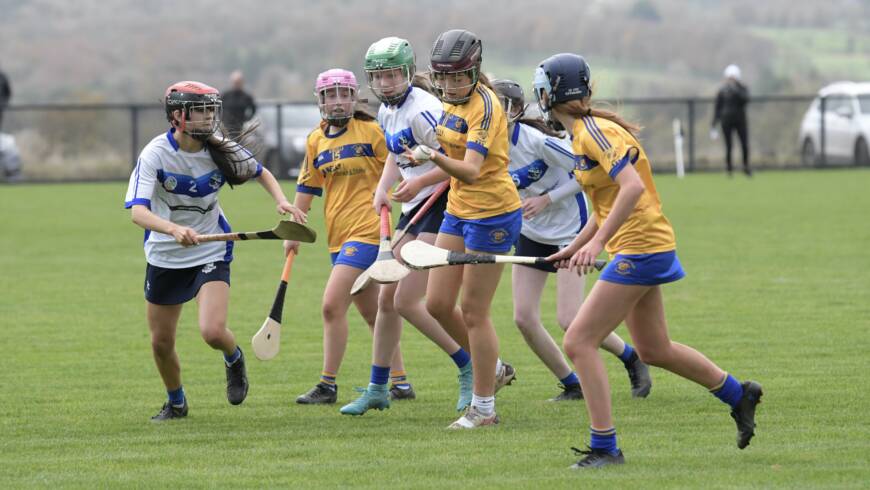 Loreto College were familiar with this title, having won this in 2004, however it was a bigger day for the Assumption (AGS) as this was their first time appearing in a junior final.

All Saints’ facilities were presented well for the final and a quick chat with the grounds team of Sean Gallagher and Joe Casey (scoreboard) suggested that the pitch was in good condition for the final.

Referee Owen Elliot (Ballymena) gathered up the captains and after a spin of a stick to determine play, AGS decided to play with the wind blowing stiffly down the length of the pitch from a south westerly direction.

Elliot rolled in the sliotar for a timely start at 2pm and in what seemed like only a couple of minutes, Loreto’s full forward, Kerry Drain, smashed the sliotar high up into the top of the net as the AGS keeper, Ruby Burns, was blocked out by a defenders body close to the goal line.

Undaunted by the early proclamation by Loreto, AGS captain Áine O’Neill pointed to bring her squad into the match. As the wind continued to blow, Loreto would only manage to score four more points up to the half time whistle, whilst AGS set about building their savings to offset an expected turnaround in fortunes in the second half due to the wind.

Despite the conditions, the spectators were treated to some fine camogie. Both mid fielders, Riona Savage – Loreto and Kate Healy – AGS had spectacular points as they fought hard for and to maintain possession before releasing over the bar. Ballycran’s Aoife Gilmore tossed a strategically well thought out hand pass that set up a terrific point from Alannah McKay. AGS’ Erin Daly pushed up to follow a sliotar going out of play and in a never say its dead attitude, made herself busy around Loreto’s goal area fighting for scraps of the sliotar that eventually paid off with a goal.

Owen Elliot blew for half time and the scores stood at Loreto College 1-04 (7) Assumption Grammar 1-08 (11). This was a solid performance from AGS up to the whistle and augured well for the next half. Although Loreto were hampered by the wind with attempts to points falling short, these were dangerous moments for AGS but handled very well by keeper Burns, tracking the path of the sliotar and finishing with a solid block down to safety.

With the breeze firmly on their backs for the second half, Loreto College set about ensuring they had the advantage and kept the sliotar mostly in AGS’ half for the best part of the game. Despite that, Loreto only managed to accumulate four points to level the game, 1-08 each until Loreto’s Connie McBride tossed a high sliotar for a point but the wind hammered it down falling out of the sky like a Peregrin falcon, squeezing in between the keeper’s stick and the bar for a goal.

With just five minutes on the clock, AGS tried hard to score with a terrific solo effort from Aoife Gilmore but ended wide of the uprights. At this point, Loreto were refusing to rest on their anticipated laurels and kept the pressure up, forcing Ruby Burns to drop the sliotar in the goalmouth but Loreto failed to convert and that would have put the game beyond AGS. As the clock ticked down and time ran out, Elliot blew for a Loreto College win.

Congrats to Loreto College on a hard won Shield. Hard luck to Assumption, Neisha and the rest of the management team. What a great experience for Ballycran’s Aoife Gilmore to bring back to the Club.  Although everyone played with determination and grit, worthy of a special mention was an outstanding performance from AGS’ half back Ellie McCabe (6), whose omnipresence deep in her own half kept Loreto College from inflicting scores that would have changed the shape of the game considerably.

Full credit to Ulster Schools PP that organised another terrific playing experience for all of the players.  Here’s a few photos from Friday’s game to enjoy and to record this important event. 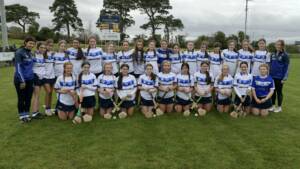 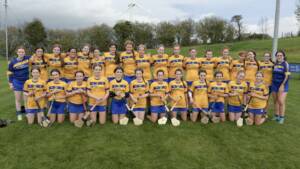 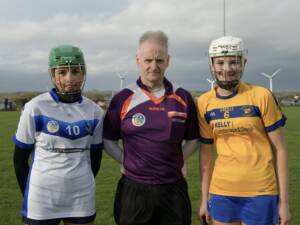 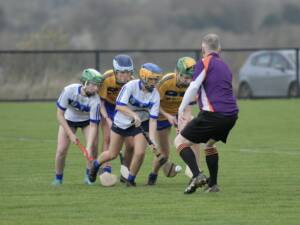 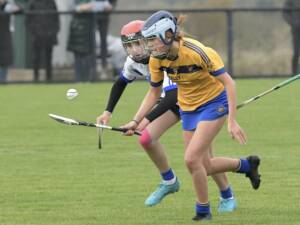 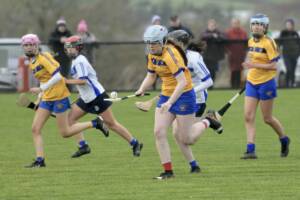 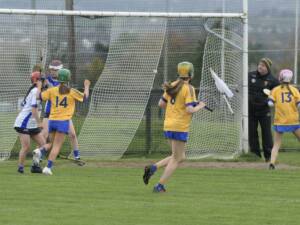 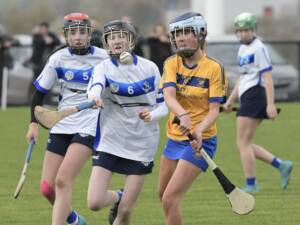 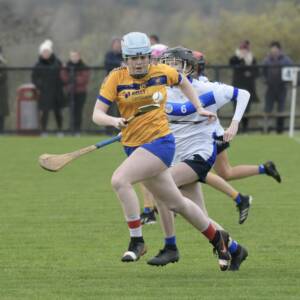 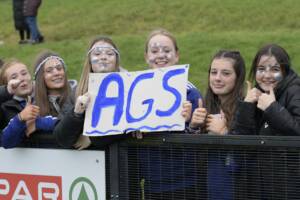 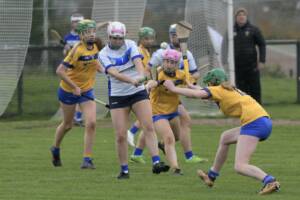 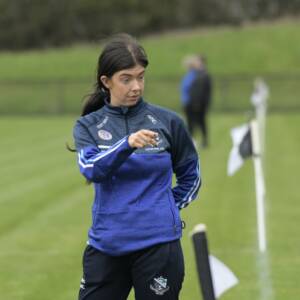 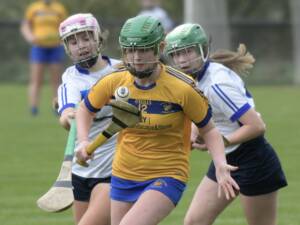 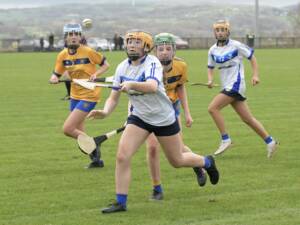 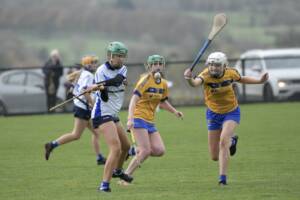 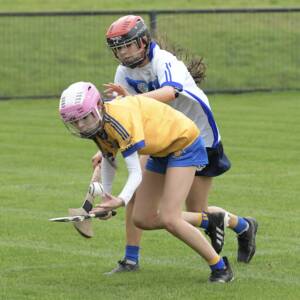 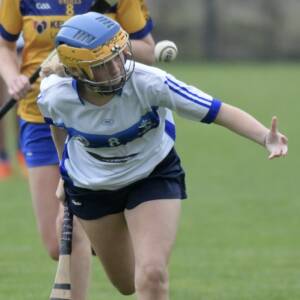 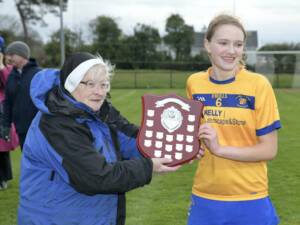 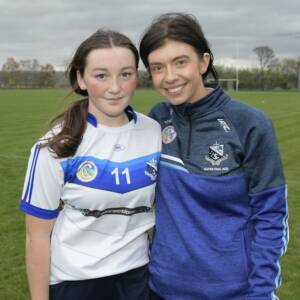