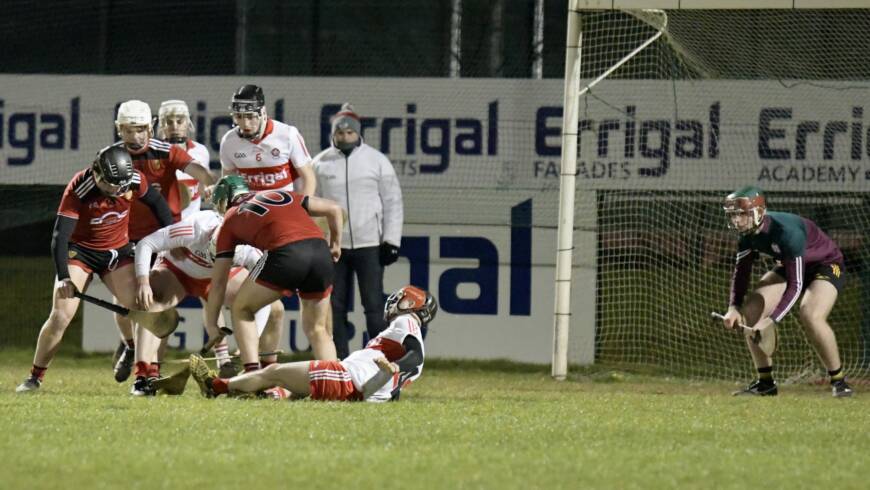 Last night’s match (Thursday 10th March 2022) between Derry and Down in the Ulster GAA Hurling U20 League, presented a few tough challenges for both sides. Owenbeg’s main pitch was able to resume normal use after bouncing back from the effects of some flooding to a very dry surface played under floodlighting.  That wasn’t too bad and you’d say very much winter conditions. However, in the exposed open space, with a strong blustery wind and temperatures close to 6 degrees, it felt like as if the jetstream had descended over the Sperrins and brought the temperature down to a bone aching 1 degree.

Referee Ciaran McCloskey rolled in the sliotar at the stroke of 7:30pm and in no time, Derry took full advantage of the wind in their backs and playing towards the road end clocked up three successive goals, with Derry’s Conor Murtagh enjoying squeezing the third past an outstretched foot from keeper Lavery and the post, before Down’s defence regrouped and closed off all goal scoring possibilities for the remainder of the first half.

Derry’s Ruairi O Mianain (10) and  Darragh McGilligan (9) were dominant in the point scoring as they cruised Derry to a half time score Derry 3-11 Down 0-3. Worthy of a mention was Eoin Pucci’s solo run from full back to just outside of the Derry square. Pucci, probably surprised with the ease of his progress, popped the sliotar over the bar but on reflection, could have taken the goal on as Derry keeper Leo Passmore was caught wrong footed. A great point nonetheless. 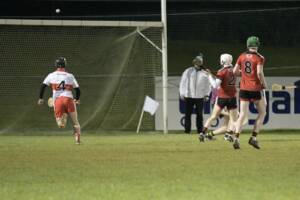 Down’s Aodhan Furlong opened up the second half with a fine point, quickly followed by a hat trick of points from Tom McGrattan to ignite Down’s scoring tally. Between McGrattan, Milligan and Turpin, Down’s points kept clocking up, with an impressive contribution from Lukas Boyd as he tapped the sliotar on a short solo run launching it straight off the stick from Down’s own 65 to leave keeper Passmore no option but to parry the sliotar over the bar for a fine point. 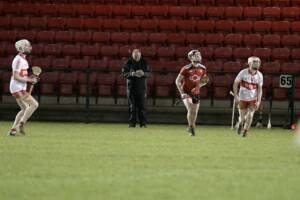 As the scores stood, Derry 3-11 Down 0-12, Derry were finding scoring into the wind just as difficult as Down had in the first half. Ethan Bell raised Down’s hopes of a possible comeback as he hammered the sliotar into the Derry net for Down’s only goal of the night. 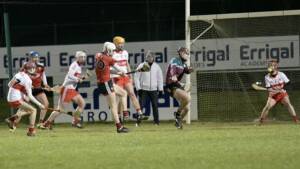 McGrattan inched the visitors to within three points with a couple more low trajectory shots over the bar before Derry’s Darragh McGilligan spotted an opportunity in the last few minutes of play to nail the sliotar past a confused Down back line to close out any opportunity of Down staging their comeback. As referee McCloskey blew for full time, the scoreline recorded Derry 4-12 Down 1-14. 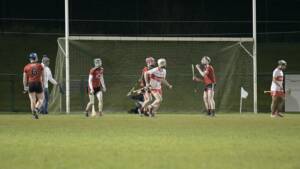 Derry were a well disciplined side but Down will look to the next encounter as all told, there really wasn’t much to separate the teams and sets up an interesting second leg with great scope for the management team to operate with. 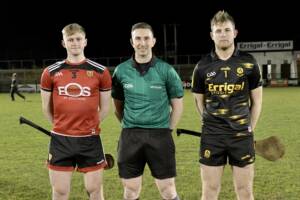 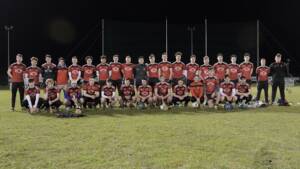 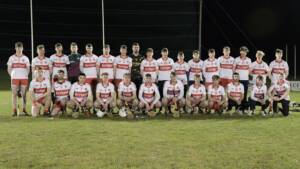 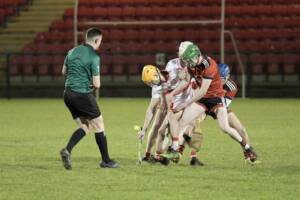 Referee Ciaran McCloskey begins the first half (Derry v Down 8) 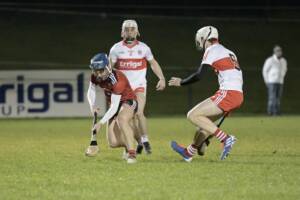 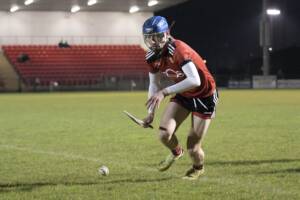 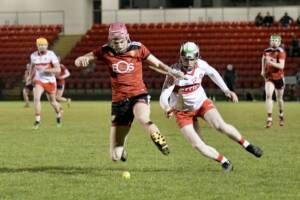 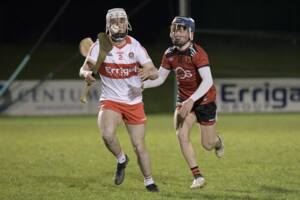 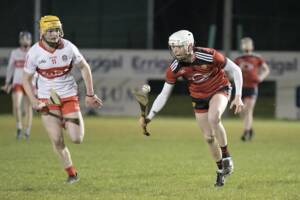 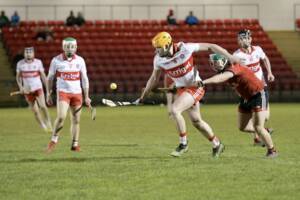 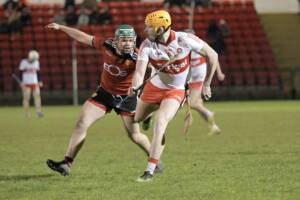 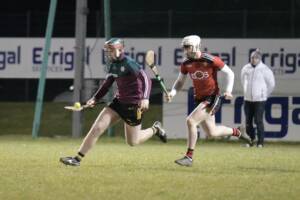 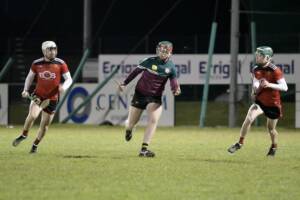 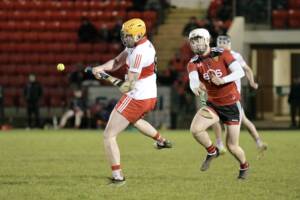 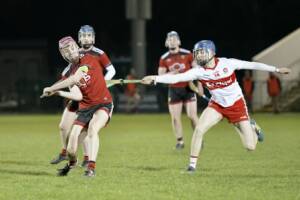